Tales From Shaolin: The LP 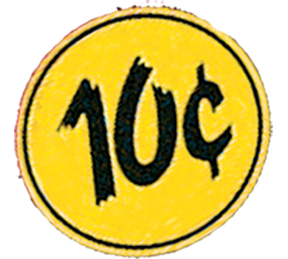 Music From and Inspired by The Movie

Louis A. Moore recounts, “Early on we knew an original score would be essential to defining this project. We needed something that evoked that classic New York boom bap sound, that was obviously informed by the works of the Wu, but also reflected our contemporary, Philly roots. Luckily, we didn’t have to go far to find the perfect people for the task.”

Shortly after a rough cut of the film was made, J. Michael Neal came across former co-worker Eno Noziroh’s single “All That” on social media. “It was perfect,” says Neal, “I was on the phone with him 30 seconds into the song.”

“When he called me and told me what they were trying to do it just matched perfectly with the type of music I was looking to make at that moment,” recalls Noziroh. Working alongside longtime producers Jake Summers and Verny Mack, and reuniting with fellow Moorehouse alumni Wino Willy, Eno spent nearly a year crafting the unique sound of the project. “We drew from a variety of influences,” says Eno,“A lot of Tribe and Wu-Tang obviously, but I did want it to have a modern spin.” What Music Supervisors and Shakey Dog Composers Eno Noziroh and Jake Summers created went above and beyond a simple soundtrack...

“Weaved throughout the album is a narrative that will be expanded upon and explored through different mediums over time,” explains J. Michael Neal. “Few people besides myself and Eno know what’s in store, but it’s definitely one of the cooler aspects of the larger Tales From Shaolin project. I think it’ll take a lot of people by surprise if we ever make it that far (laughs).”

“A lot of my content was centered around more current karate films, anime shows, and movies that I enjoy,” Eno explains, “Avatar - The Last Airbender, Naruto, DragonBall Z… inspired the type of narrative that was told.” Noziroh goes on to explain the story behind the record and its dystopian take on Philadelphia within the larger Tales universe:

“For years the land of the Illadelphi has been shrouded in secrecy. Those lucky enough to be granted safe passage through the 5if tell stories of a malevolent guardian with terrifying strength. They say the land itself has taken on the wrath of the Tribe that once ruled it, and those deemed unworthy are met with a swift end.

This Lost Tribe was slain by the combined power of four Grand Tribes after they were deemed too powerful to live independently. Legend has it that during this massacre one warrior was away, learning the ways of peace from the grand monk Bardidhama.

Upon returning to find his homeland desecrated and his people gone, the warrior flew into a rage that summoned old and terrible forces. In exchange for the chance to avenge his people, the warrior had to make the ultimate sacrifice.

His spirit was bound to the land as an immortal protector, unable to leave the Illadel or ever find rest. In return, he was granted the power to destroy the four Tribes that took his family, his way of life, and his own humanity.

Even though the age of the Grand Tribes has passed, they say he still wanders his desolate homeland, appearing when a worthy warrior passes or evil threatens his holy ground, as he has vowed to NEVER let another dishonor his people or their land again.”

– The Book of Eno